Respiratory problems are on rise with increase in pollution levels. It is making the world a difficult place to live in for those who are suffering from respiratory problems like asthma. In fact, the new cases of asthma reported in the year 2019 is more than ever, and this is an indication that hazardous pollutants are not only problematic for patients. But, it is affecting the respiratory health of everyone. This is why ayurvedic medicines like kantakari ghrit are gaining popularity. Kantakari ghrit benefits in several respiratory problems and hence it is the need of the time.

Following are the herbs and natural ingredients involved in the preparation of kantakari ghrit for respiratory problems. 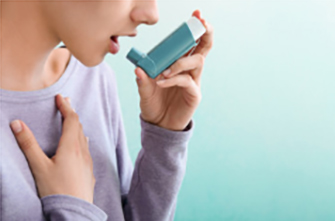 Even if you don’t know some of them, it is important that you understand that all the herbs used in the preparation are natural and medicinal. All of these are highly beneficial for health and heal a variety of diseases in human body. Let us now see what magic these natural ingredients can create if used according to the doctor’s prescription.

Following are the diseases in which one can count on kantakari ghrit:

These were the kantakari ghrit benefits that allows you breathe in peace. The herbal medicine makes sure you have a healthy respiratory tract no matter what the situation outside your body is. To avail all these benefits, just order your pack of pure kantakari ghrita today. If you aren’t sure of purity, and also want help regarding the dosage information, just dial the toll free number 18001030318. This is the helpline that connects you to the ayurvedic doctors at paramanand ayurveda. You can also buy pure and 100% natural kantakari ghrit from the same because of the following benefits:

At paramanand ayurveda you get the following:

So, if you think kantakari ghrit benefits are what your body needs desperately, just order it from paramanand ayurveda and get it at your doorstep. Use it religiously and see the magic of a pure ayurvedic medicine. Using it once would be enough for you to see how beautifully ayurveda can heal human body.